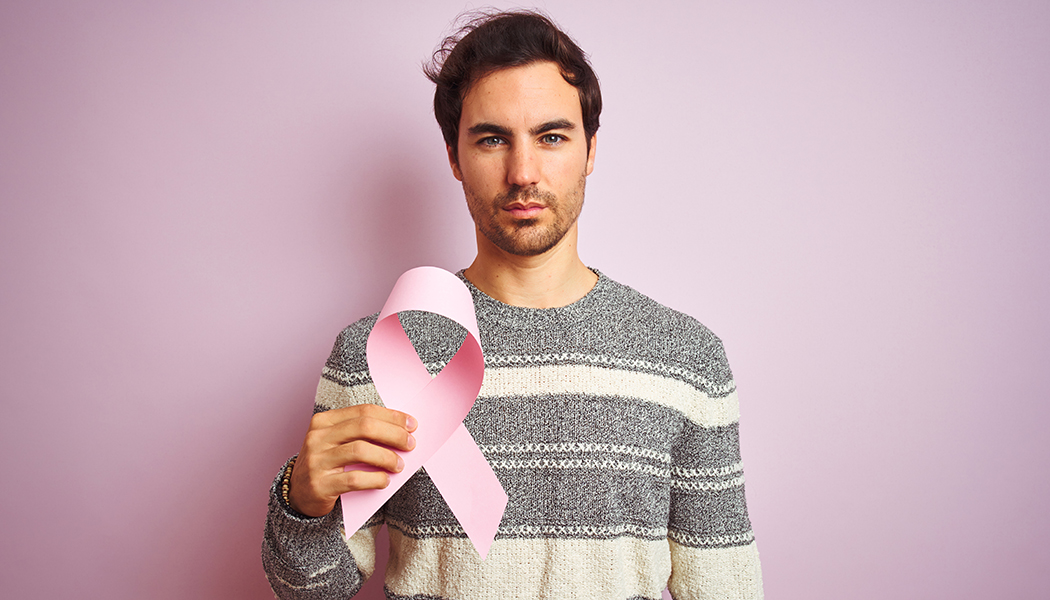 We’re all very aware of the importance of supporting research, prevention, early detection and treatment measures, and have worn pink shirts and ribbons in the effort.  What hasn’t been addressed quite as much as women with breast cancer is how it affects men.  Over an 80 year life span, about 1 in 8 women are affected by breast cancer.., for men that figure falls to 1 in 833.  Still pretty significant when that man is a member of your family.

Women are the primary decision drivers when it comes to healthcare in this country, according to the U.S. Department of Labor.  Mothers, daughters, wives, & sisters play a leading role in the majority of families’ healthcare.  This is partly because of their need for reproductive healthcare, but, even long after our childbearing years, women are usually the ones to assume the responsibility for their family’s preventative care, and the ones to gently remind our loved ones to engage in good health habits.  When it comes to the long term relationships we have with male partners,  women often are the first to observe a change in their physical or mental status, and then to take an active role in making the appointment with a healthcare provider.   Once that appointment is made, the practitioner makes every effort to impart the information necessary for going forward to BOTH partners, since they recognize the fact that the woman most often assumes the role of primary caregiver.  Why is this?  Who really knows?  This effect has been observed, studies, and assumptions made, but there’s apparently no physiologic reason for men not being as open as women to being better purveyors of healthcare, generally.  Obviously, this doesn’t apply to all men.  The Wall Street Journal reported an incident that may help men think about making better healthcare decisions.  In the 1960s Muhammed Ali boarded a plane to fly to a big flight.  The flight attendant asked him repeatedly to buckle his seat belt, a request he, at first ignored, and then to which he replied,” Superman don’t need no seat belt.”  The flight attendant’s reply, “ Superman don’t need no airplane, either.  Buckle up.”  AND HE DID!!!

According to the CDC, about one of every 100 diagnosed breast cancers found in the United States is found in a man.  The cancers found in men’s breasts are the same that affect women.  The risk factors for men and women are much the same, also.  Having one or more of these risk factors increases the chances of getting breast cancer, but, even for those who don’t have any such risk factors, breast cancer still occurs at an alarming rate.  Even if all the potentially modifiable risk factors could be controlled, the chance of developing breast cancer would only be reduced by 30% at most.  What are these risk factors?  Those that affect men and women include increased age, family history, inherited genetic mutations, radiation exposure, increased alcohol use, liver disease, Ashkenanzi Jewish heritage  and estrogen replacement ( yes, men receive ERT, too).  For men, the presence of Kleinfelter?s syndrome and testicular disease or surgery can be added to the list.  If your partner has any of these factors, or any signs or symptoms of a breast irregularity, it’s important to discuss it together and with a healthcare provider?  What are these signs & symptoms?  A painless slump or thickening in breast tissue, changes in the skin covering the breast or nipple ( dimpling, puckering, redness or scaling), or  discharge from the nipple.