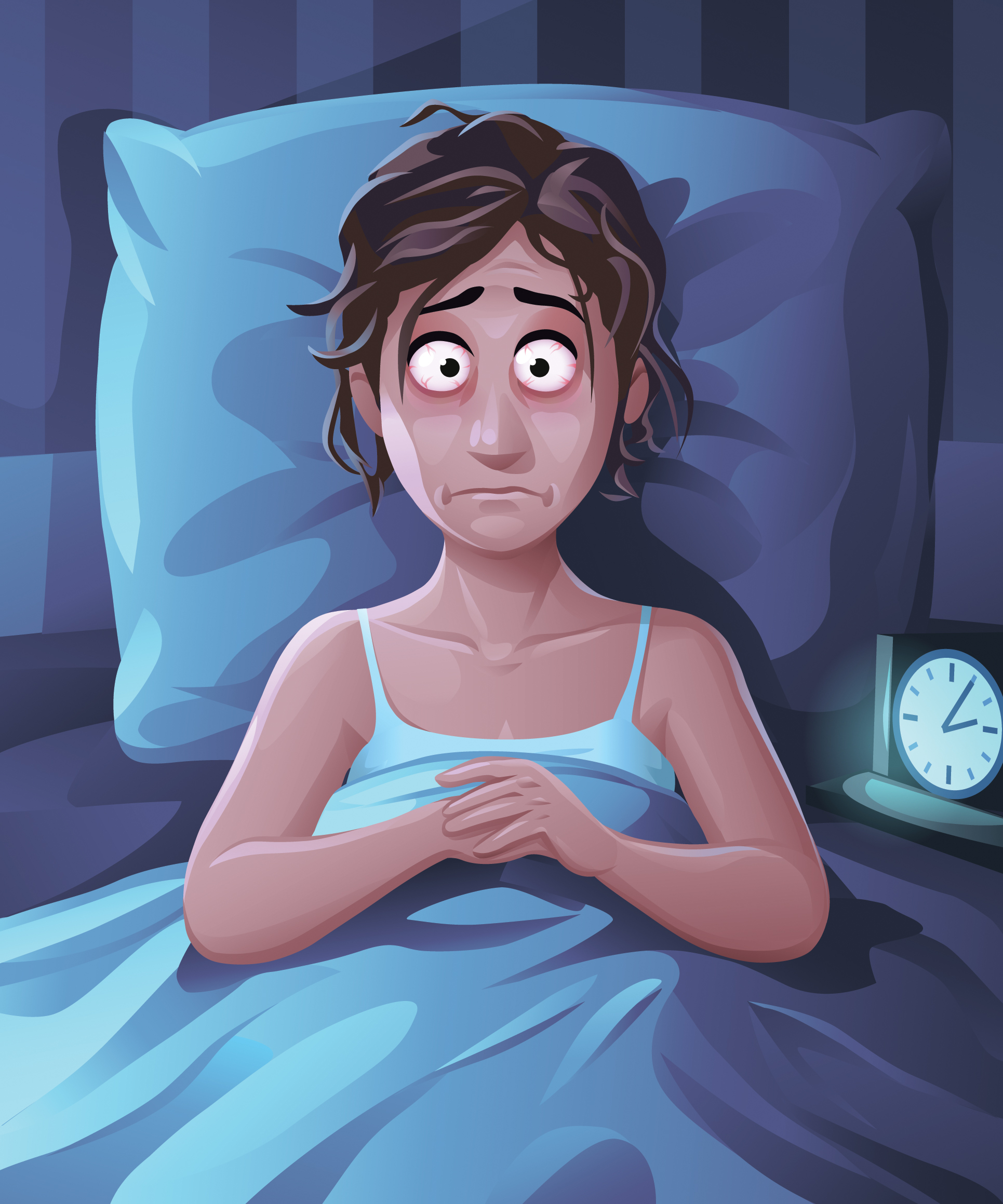 Last month I addressed some of the wonderful things sufficient sleep can do for us. There’s the rub; SUFFICIENT sleep. What is it and HOW we obtain it are key. First, though, let’s talk a little about how sufficient sleep can positively impact our lives. How is it that sleep actually functions to benefit our brains and our bodies? Who (and why) are scientists studying sleep? And who is to say what is normal sleep?

To the latter questions first: It appears, according to anthropological studies, that earliest peoples slept in a biphasic pattern up until the nineteenth century. That is, they went to bed between 9-10pm, slept for 3-3 ? hours, awoke for approximately an hour, then went back to bed and slept until dawn. Why did people sleep this way? Some propose that early citizens of earth slept in two phases in order to be “on guard” against wild animals, intruders, fire or witches. As time passed and people became less worried about such perils, citizens would use the time between sleeps for prayer, reflection, sex, chores, reading by candlelight or visiting friends. This pattern of first and second sleep was altered with the advent of artificial light, as people became involved in working long days with regimented factory schedules, during which they could not take a nap break. Segmented sleep is still prevalent in certain cultures, as in the midday Mexican siesta and Muslim Qailulah.

As to who is studying sleep?

Ancient physicians documented sleep as a loss of consciousness as early as 450 BC. In 1830 a philosopher termed sleep as “temporary metaphysical death.” Physiologists, physicians, psychiatrists and scientists have been involved in the study of sleep, the sleep cycle, and how it impacts our physical and emotional health, ever since, with scientifically designed studies performed in specialized sleep labs. The study of sleep has evolved to include sleep medicine as medical practitioners study normal sleep and treat sleep disorders.

What is normal sleep?

Sleep is not the same throughout the time we spend in its hold. We journey about 3-4 times per night through 90 minute cycles of sleep, which include non-rapid eye movement (NREM) sleep and rapid eye movement (REM) sleep. This cycling is important, since our brains accomplish different tasks during each cycle. No one stage is more important than another, but losing out on any one of the stages causes some degree of deficit in brain function.

What happens during these stages?

In NREM sleep the body builds bone and muscle, tissues are regenerated and repaired, and the immune system is strengthened. During NREM sleep the brain sends a signal to the body’s nervous system that decreases physiologic stress; thus lessening the risk of heart attacks and stroke. As we’ve recently gone through the changeover from standard time (ST) to daylight savings time (DST) it’s worth noting that losing this hour of sleep has been associated with an increase in the number of heart attacks the following day. Conversely, in the fall, when we switch from DST to ST, there is a decrease in the number of heart attacks. It’s also during this period that memories are solidified; new information learned during the day is consolidated and stored.

What about REM sleep?

This stage occurs about 90 minutes after falling asleep, and it’s during this period that we dream. In this stage the brain engages in intense electrical activity; forming connections and pathways that facilitate creative problem-solving capabilities, form complex association networks and seek nonobvious relationships to cement memories in our brain.

During REM sleep the brain analyzes data it is informed of during waking hours and comes up with solutions and creations that aren’t apparent during the day. This was exemplified not only by the inventor of the periodic table of the elements (remember high school chemistry?) but in the musical origins of the songs Yesterday, by Paul McCartney, and Satisfaction, by Keith Richards, which came to these individuals, by their own admission, during sleep. Ever wonder where the expression “sleep on it” comes from? The instruction arose from the fact that, upon engaging in dream sleep, problem solving capabilities are significantly enhanced.

Even in dreaming, brain accomplishes great things. Deep REM sleep strengthens individual memories and eases the troubling events of the day. Healthy REM sleep has been shown to reduce PTSD patients’ clinical symptoms and decrease the frequency of their repetitive trauma nightmares.

Good sleep appears to improve the long-term prognosis of individuals with tension-type headache, migraine and chronic musculoskeletal pain. Sleep appears to be a natural analgesic, without which pain is perceived more acutely by the brain and felt more powerfully by the individual.

How much sleep do

The answer varies according to age, with infants needing 12-16 hours (including naps), children needing 11-13 hours, teens needing 8-10 hours and adults requiring 7 or more hours per 24 hours. That’s a pretty wide range, but when you consider all of the tasks our bodies and brains perform during these hours, it’s amazing what gets accomplished! What happens if we don’t get enough sleep? There’s plenty of research that indicates that chronic short sleep is not just associated with but CAUSES an ever-expanding number of diseases and disorders.

Multiple physiologic, neurologic and psychiatric conditions have been scientifically associated with sleep loss. No aspect of the human body is immune to the harmful effects of insufficient sleep, which may not be evident right after one “all nighter”, but the cumulative effects of which can be devastating. Higher rates of type 2 diabetes have been identified among those who routinely sleep less than 6 hours a night. Why? Our body’s cells, which need insulin in order to absorb glucose from the bloodstream, become resistant to insulin when sleep is regularly shortened, so blood sugar remains high, leading to a pre-diabetic state.

This effect has been scientifically documented to the extent that, in first-world countries, chronic sleep deprivation is identified as a contributor to the alarming rise in type 2 diabetes.

Obesity rates are elevated among those whose sleep is short. Studies conducted by a sleep scientist in in Chicago found that individuals whose sleep is shortened consumed 330 additional calories, even after a full meal, compared to when they were getting sufficient sleep each night. As well as the disruption in appetite, insufficient sleep disturbs the balance of hunger hormones; decreasing leptin concentrations, (leptin signals the feeling of being full), and increasing gherlin (which triggers hunger). So, in individuals whose sleep was chronically short, they awoke with the “I’m full “ signal being diminished, and the “I’m still hungry “ signal being amplified. Added to this is the fact that, during carefully controlled sleep experiments, sleep-deprived, individuals choose high calorie foods rather than healthier food choices.

Immune system factors are on everyone’s mind in our efforts to stay healthy. How does sleep affect our bodies’ resistance to invading microorganisms? Studies performed at the University of California, Los Angeles, showed that just a single night of four hours of sleep eradicated 70% of the type of cells that are essential for targeting and destroying disease-causing microorganisms. Specialists in the field of cancer have identified an association between the nighttime shift work sleep cycle disruptions cycles and increased risks of cancers of the breast, prostate, uterus wall and colon.

Every year about 100,000 motor vehicle crashes are the result of drowsy driving, resulting in nearly 800 fatalities and about 50,000 injuries. This is compounded by the fact that the human brain, when sleep deprived, cannot accurately sense how sleep -deprived it is, so the sleepy individual who elects to drive doesn’t recognize how impaired their reaction time really is. Lack of sleep doesn’t just impair one’s ability to respond to the diverse challenges of driving, it contributes to an emotional state in which judgment is impaired and emotions fluctuate wildly.

Psychiatrists studying sleep have noted associations between sleep disturbance and depression, bipolar disorder, PTSD and schizophrenia, thinking that mental disorders cause sleep disruptions. Sleep experiments with individuals who have no such psychiatric disorder, though, have shown that their brain activity, during periods of sleep disruption, can exhibit a neurological pattern similar to that observed in the brain of a client with a mental health condition. Given these findings, mental health professionals are working to include sleep as a therapeutic tool in the treatment of psychiatric conditions, with successes amongst those with anxiety, suicidal ideation, bipolar disorder and depression.

What has sleep to do with Alzheimer’s disease? It was previously thought that, because deep NREM sleep, which is superior in memory retention, is limited, this lack of sleep was associated with Alzheimer’s. Further research shows us that there is more than just an association. It’s during sleep that the brain disposes of damaging debris left behind by the day’s multiple metabolic activities, including amyloid protein; the element that clumps in the brain; forming plaques that kill brain cells. Based on these findings, neurologists are now predicting that getting too little sleep during adulthood will significantly increase the risk of developing Alzheimer’s disease. It follows, then, that improving someone’s sleep should lead to a reduction in the risk of developing this disease. Next we’ll talk about what the experts do (and don’t) suggest to improve sleep, and the societal benefits to doing so.